Backstabbing, just the thought of it makes most players cringe. It's sneaky, lowdown, betrayal at its worst, used by the most despicable and dishonorable of scoundrels. On the other hand, it's also one of the best ways to take out sentries without raising an alarm. 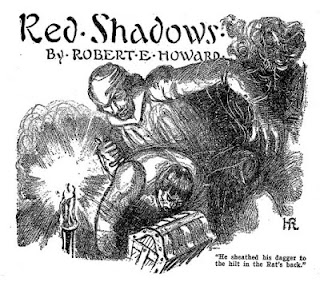 While undoubtedly thieves and assassins are the most well-versed in this ungentlemanly art of betrayal, it's not something that they alone can perform. The following optional rules allow characters of other skill sets to attempt to backstab (now called Sneak Attack) should the necessity arise. Note, if these optional rules are used, discontinue using the ordinary backstab rules also.

Only small to medium weapons may be used to perform a Sneak Attack. Large weapons, or weapons that require a lot of room to wield, do not lend themselves well to precision and speed, and may not be used. However, some reasonable exceptions can be made, such as stabbing with a spear, etc.

Ranged weapons may be used to perform a Sneak Attack, if the target is completely unaware of the attacker's actions.. such as performing a sniper attack from concealment. Such attacks are only allowed at short range for the weapon involved.

A Sneak Attack requires full concentration, allowing only one attack that round.

The target must have a physical form that the attacker can reasonably be expected to attack effectively with the weapon at hand. Normally the undead and certain other creatures are immune to Sneak Attack but exceptions can be made.. while using a dagger is worthless against a skeleton or zombie, using a sword or mace to crush their skulls is reasonable. Driving a stake through a vampire's chest is reasonable. Trying to "get the drop" on a Black Pudding is just silly.

Sneak Attacks gain a +4 to hit.

Non-thieves do full normal weapon damage (plus any bonuses) + 1 additional point of damage per character level. (A fourth level character would do an additional +4 points of damage.)

If a Sneak Attack does more than half the target's total/full hit points, then the target must make a saving throw or drop to 0 hit points, and begin bleeding to death at the rate of 1 hit point per round if those rules are used, otherwise they simply die.

An additional side note here - Sneak Attack is applicable to hunting game.

Posted by Gerald Williams at 9:36 AM