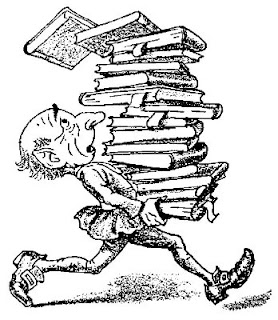 Sometimes, either due to a time crunch or unexpected turn of events, you as the DM must pull stats out of the air for an NPC. You could grab an already written module and yank an NPC out of the per-gens (pre-generated characters), or snag an able bodied candidate from the well-thumbed pages of the City State of the Invincible Overlord*, but you won't always have an easy resource like these at hand. You might even carry pre-written character sheets with you, but again, you might not have them on hand. Of course, the digital age makes finding a character generator as easy as reach for your cellphone, BUT that's IF you have signal, and data.


So what to do? Well, in our home campaign, we have a simple character ability array that can be dropped in quickly without any difficulty. The arrays are easy enough to note on the inside of a game book cover, or an index card and shoved into your game materials.

The following ability arrays are written for Swords & Wizardry characters, but are compatible for most OSR clones and D&D systems. They come in three tiers; Low (1-4 level), Medium (5-8 level), and High (9-12 level). These arrays allow for the possibility of a slight bonus for NPCs, but not enough to make them out shine an exceptional player character.

If the character is a member of a character class, then place their highest stat in their Prime Attribute for that class. Place the other scores as befits the particular character to help emphasize their strengths, or weaknesses. Do not get into the habit of dropping their lowest stat into a Dump Stat, usually Charisma. Character then become predictable and boring.

Hit Points can be figured as follows, just assume they have hit points equal to one half their class Hit Die. For medium level characters, add +1, for high add +2. These are NPCs, not player characters, only truly exceptional NPCs should have higher stats and more hit points.