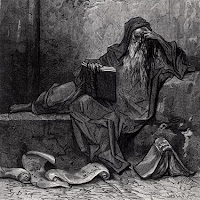 Not all OSR game systems have skill lists, or even formal rules for professions. Like the original game system they spawn from, the Referee usually makes a quick ruling and players then roll dice accordingly. Often these rulings are based upon the attributes of a given character, i.e. Strength, Intelligence, etc. However, this informal system can quickly degrade into a series of endless dice rolls, without taking into account the eventual fatigue and declining rate of returns for doing so. The following is a simple system proposed to help balance over-use, or even abuse, of rolling against attributes.

A character is considered to be able to perform any number of reasonably easy to moderate tasks throughout the day without rolling Checks against their attributes. Only when performing a task that requires concentrated effort that challenges a particular attribute will a Check need to be made. Basically, any task that requires major effort by a character, or one that has consequences should they fail, require a Check. 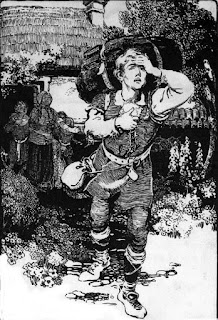 Usually a character may roll a Check against a particular attribute with a score of 9 to 12, up to three times a day before becoming Fatigued. Characters with weaker attributes, ranging from 3 to 8, may only roll two such Checks. While characters with stronger attributes of 13 to 18, may Check up to four times per day. Once a character has used up their Checks for the day, or has failed a Check roll, they are considered Fatigued and any subsequent rolls will be made at a penalty (decided upon by the Referee) which will progressively get worse for every attempt that is made after.


A Referee may decide that any character making Checks against their Prime Requisite attribute (for their class), may do so an additional two times per day.

Once a character has become Fatigued from over-using any one attribute, they are considered Fatigued for any and all other Checks against other attributes for that day as well. Thus, a character that has spent the day lifting rocks, isn't going to have a clear head for figuring out riddles that evening. Or if a diplomat has had to spend all day in Court schmoozing (Checking against Charisma), they certainly will be too knackered to play a challenging game of darts later.

Fatigue lasts until a character has rested for eight (8) hours, after which they have recovered and may begin anew.

Referee's are encouraged to create their own Check system, but in our home campaign, we use the following:


Checks are made whenever the Referee decides that individual character is challenged. If a task does not challenge the character when performing it, there is no need for a Check roll to succeed. It is possible for some tasks to be considered a challenge for a character with a weaker attribute, but not one with a stronger attribute, and thus will not require a Check from the stronger character.

Alternatively, some Referees may take a character's attribute score and use it as a percentage base to see if the character succeeds at a task. This alternative uses a sliding scale as follows:

Posted by Gerald Williams at 6:34 PM