GENRE, A Work In Progress

GENRE is a minimalist role-playing game system that I created many years ago, around 1995 or so. Recently, I was surprised to find that the few rules I had cobbled together and the webpages I made for them had been archived and hosted by John H. Kim for the last 26 years. I have since learned a great deal, and I have begun rewriting and clarifying the system to update it to today's standards.

The original framework for GENRE was initially created to allow cross-genre role-playing using characters from different campaigns, often from very different role-playing game systems. My gaming group ran games in AD&D, Marvel Superheroes FASERIP, Champions, Call of Cthulhu, Villains & Vigilantes, and Palladium, among others. Sometimes characters from one campaign would make cameos in others, though they sometimes fit in rather crudely because of their different power levels and game mechanics. To address this, I decided to use the freely available FUDGE system as an outlining template for the rules and what to include in the basic game framework.

Back in 1995, I was a returning adult learner in college, still learning about computers and how to use the internet. I collected any and every set of RPG rules that the gaming community shared or self-published online, taking whatever ideas I liked for my own use and discarding the rest. Mainstream game systems were becoming too bloated and costly to keep up with. Eventually, the time, storage space, and costs involved slowly took their toll. I needed a new system that could grow, adapt, and allow play in any genre at any power level, and it had to be cost-effective. The original tagline for GENRE was "The most expensive thing about game night should be the beer and pizza!"

The original, not-quite-complete rules can be downloaded from: Darkshire Net

I will post the new updated rules here on the blog, during the course of the project. 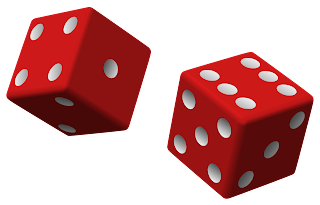 Posted by Gerald Williams at 10:51 AM